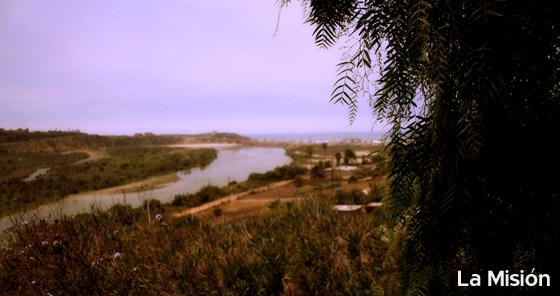 Sarah tells the story very well here (and yes, it appears she may be blogging again…), but we are in La Misión, Mexico right now. We came down at the invitation of our friend Erin, who we got to know better at GA last week in San Jose. We’ve basically been spending the days reading, relaxing, walking on the beach, laying in the hammock and avoiding all the other things in our “other life” back in Oakland that we probably should be doing. But it’s been good. I think it’s funny that we’re spending the 4th of July in Mexico, but neither of us are overly-patriotic people, and perhaps it’s a political statement that we choose to do so. Who knows. But it’s been very refreshing to be down here. You can see some more photos here.

But we go back to Oakland on Saturday, so we can lead worship at Macrina. That has been going well and we’re thankful to be able to be a part of that community, as well as have that job and the income to help pay our rent. In order to pay for everything else, we’ve both been looking for jobs. I was recently hired to work at the Bay Street Apple Store in Emeryville (which is 1.7 miles from our apartment) – which is only part-time, but of course, the discounts will come in handy. I also have a second interview at Starbucks (though getting up at 4am doesn’t sound too exciting to me) on Monday and Sarah has a second interview at Kaplan next week as well.

We think we should definitely get a house in Mexico – and we debated coming back – but alas, work calls. Sadie has also been enjoying herself immensely.