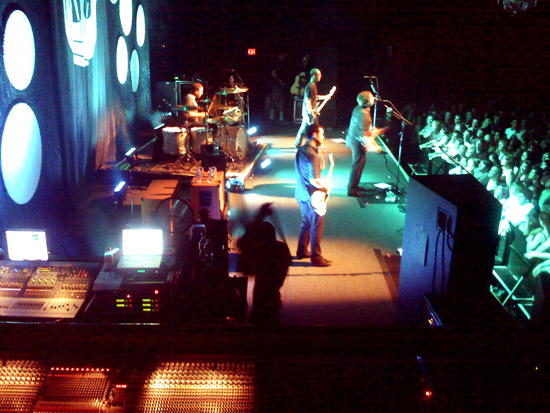 There’s a lot been going on recently – including my sister getting married last weekend – but I am planning on writing some this week about this (which is crazy!). But until then – I leave you with this photo of a concert I went to last week at The Fillmore in San Francisco. I got to see Jimmy Eat World again (this time with Dear and the Headlights) and it was probably one of the best times I’ve seen them (I’ve also seen them at Terminal5 in NYC, Atlanta and New Jersey). It was great to be in a venue like the Fillmore, and the seats we had were up in the balcony just off the side of the stage – I personally think we had a better view than the AFI guys who were there. Anyway – Jimmy Eat World put on a great show, like usual. I’ve come to believe that they are going to be one of those bands that I’ll always love listening to – their songs just don’t get old.